Christ Over the Question of Christ and Culture

When friends have asked me about our new venture, Christ Over All, I mention that we will be publishing some theology, some exegesis, good biblical preaching, good biblical commentary, as well as a mix of cultural, social, and political commentary. It is that last bit that often takes some explaining, and rightly so.

So, a word on “culture.” For anyone who has embarked upon seminary training over the last seventy years or so, it is extremely likely that H. Richard Niebuhr’s classic work, Christ and Culture was on the reading list (first published by Harper and Row in 1951). While for me 1951 was almost “yesterday” (I was born in 1965), for more current generations 1951 seems like quite a long time ago. But it is worth reflecting on that period, and why someone might write the book Niebuhr wrote.

To begin with, World War I (1914–1918) and World War II (1939–1945) had wreaked havoc on multiple continents. In their aftermath, persons of all political stripes were asking fundamental questions about the nature of political order, and how things had gone so wrong in the twentieth century.

Magazines like the Christian Century were in an awkward place at this time. While the Christian Century had been born in virtually post-millennial hopes that the twentieth century would indeed be the “Christian century,” things had gone terribly wrong. And post-World War II literature reflected the quest to discern what was ailing Western culture.

For instance, in1948 Richard M. Weaver had written his classic Ideas Have Consequences, which opened with the striking line: “This is another book about the dissolution of the West.” Suffice it to say, when Niebuhr reflected on the question of “Christ and culture,” he was part of a mood or ethos in which many persons were trying to pick up the moral, social, and cultural pieces in the aftermath of two world wars.

Without embracing everything, there is a lot to learn from Niebuhr. He wrote at the beginning of Christ and Culture: “The question of Christianity and civilization is by no means a new one; that Christian perplexity in this area has been perennial, and that the problem has been an enduring one through all the Christian centuries” (p. 2). This is quite true, and of course an understatement. Although Niebuhr’s volume is still worth reading, it is most well-known for the five paradigms or options he laid out. These five were:

Re-reading the work today, Niebuhr seems quite orthodox at times. He pushes back against Protestant Liberalism (Harnack), existentialism (Bultmann), “eschatologists” (Schweitzer), and others. But one is left wondering if Niebuhr has given full weight to what the Bible actually teaches about either Christ or culture.

This general concern appears in D.A. Carson’s 2008 book, Christ and Culture Revisited. In this fine work Carson attempted to sharpen Niebuhr’s analysis by offering a more robustly biblical-theological account of both Christ and culture. Carson wrote:

To pursue with a passion the robust and nourishing wholeness of biblical theology as the controlling matrix for our reflection on the relations between Christ and culture will, ironically, help us to be far more flexible than the inflexible grids that are often made to stand in the Bible’s place. Scripture will mandate that we think holistically and subtly, wisely and penetratingly, under the Lordship of Christ—utterly dissatisfied with the anesthetic of culture.

At Christ Over All, we will be attempting to work out a biblical-theological understanding of culture and how the Christian should live a life of faith in today’s world. We will contend that this inevitably means a cultural life. C.S. Lewis wrote eloquently of the inevitable nature of cultural life in his essay, “Learning in War-Time.” We will all live cultural lives of some sort. As Lewis wrote:

You are not, in fact, going to read nothing, either in the Church or in the line [the context is the battlefield]: if you don’t read good books you will read bad ones. If you don’t go on thinking rationally, you will think irrationally. If you reject aesthetic satisfactions you will fall into sensual satisfactions.

— The Weight of Glory and Other Addresses, p. 53

Even though Lewis did not sketch out in detail a biblical theology of culture and cultural life, we will very much try to work through those issues here in this new website. Our efforts will take seriously the so-called Dominion Mandate from Genesis 1:26–31, as well as our Lord’s two-fold command to love God and neighbor (Matt. 22:37–40). We will not simply try to engage that thing out “there” called “culture.” Rather, we recognize that the church is a culture, the family is a culture, our schools are cultures—and so on. Thus, there is a responsibility to build and create and shape cultures wherever we find ourselves, and wherever we go.

We suspect that John Davison Hunter, in To Change the World (2010), was likely a little too jaded or pessimistic when he suggested that the main thing a Christian can do is exhibit a “faithful presence” in the world. We simply want to do no less than that, but we will suggest there is more to do as well. Christ is Lord of all things, and we hope and pray that what we write will display his lordship and help others to live in light of that reality.

Under God, we will try to apply all of Scripture to all of life. We will try to evade no obvious issue—be it cultural, social, and political—and to hide from no biblical text. Indeed, as I have told my friends and so now I am telling you, we will seek to be faithful to our Lord and to his Word, and we will seek to honor our Lord, who is indeed over the question of Christ and culture. 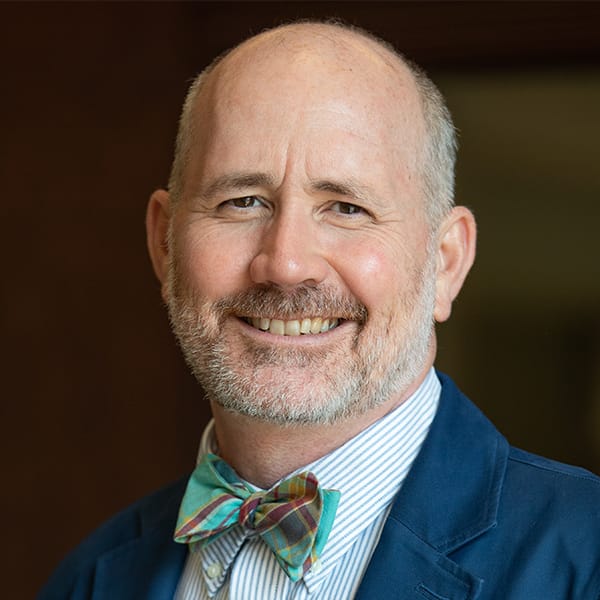 Bradley G. Green is Professor of Theological Studies at Union University (Jackson, TN), and is Professor of Philosophy and Theology at The Southern Baptist Theological Seminary (Louisville, KY) . He is the author of several articles and books, including The Gospel and the Mind: Recovering and Shaping the Intellectual Life (Crossway); Covenant and Commandment: Works, Obedience, and Faithfulness in the Christian Life (New Studies in Biblical Theology, IVP); Augustine: His Life and Impact (Christian Focus). Brad is a member of First Baptist Church (Jackson, TN), where he works with college students.