My Two Decades among the Young, Restless, Reformed – Part 1

For the month of November, the Banner of Truth has graciously allowed our readers a free download of The Bleeding of the Evangelical Church by David Wells. This was a prophetic address to the National Association of Evangelicals that holds great pertinence for Christians today.

I’ll never forget attending the first Together for the Gospel (T4G) conference in 2006 in Louisville.

Thousands of voices joined together to sing old hymns with profound energy and zeal, only to sit at rapt attention for hours as well-known Reformed teachers expounded the Word of God. We attended pre-conference events, and in one of those, I learned what a blog was and pondered whether I should start one (I didn’t, but hundreds of others did).

Here’s what I remember most about those late April days sixteen years ago: It was a happy gathering. I was happy. My friends were happy. We were hearing the Word of God preached by our theological heroes and it was all deeply edifying, convicting, rejuvenating—I could add any positive “ing” adjective to the list.

I also remember reflecting backward a decade, in the mid-90s, to the time when I first embraced Reformed theology. There seemed to be so few of us who held to Reformed doctrine in the mid-90s, and we probably seemed idiosyncratic, maybe even weird to some of our fellow evangelicals.

But here sat thousands to hear hours and hours of preaching that flowed out of the doctrines of grace. God’s work in drawing hearts to these glorious doctrines amazed me. It felt like revival that only God could bring.

That happened during the early years of the burgeoning Reformed movement, what I like to call the age of the mega conference, the coming of age of what Carl Trueman calls “Big Eva”: T4G, Ligonier, the Shepherd’s Conference, Desiring God, The Gospel Coalition, and seemingly dozens of smaller conferences.

Reformed parachurch ministries and publishers—some of which had been laboring faithfully since the 1990s and even prior to that, but in relative obscurity—gained prominence and dotted the landscape: Desiring God, Ligonier, 9Marks, the Council for Biblical Manhood & Womanhood, The Gospel Coalition, Radical, Crossway, Presbyterian and Reformed Publishing, Banner of Truth, Sovereign Grace Ministries.

In the early 2000s, a team of Reformed scholars produced an excellent English translation of the Bible, the English Standard Version, which became the go-to version for many pastors in the Reformed village.

In 2009, TIME magazine cited “the New Calvinism” as among the top 10 thought movements influencing the United States, and indeed, to those of us in ministry at the time, that seemed demonstrably true. The internet enabled us to download a variety of popular Reformed teachers such as Piper, Sproul, MacArthur, Dever, Mahaney, Keller, Carson, the now infamous Driscoll, and many others. In a real sense, the worldwide web did for this new reformation what Gutenberg’s printing press did for the original.

In September of 2006, my longtime friend Collin Hansen wrote a memorable article that in 2008 became a noteworthy book (I’m still waiting for the movie!) giving the movement a nickname: Young, Restless, Reformed—or YRR. In Hansen’s parlance, my alma mater, Southern Seminary, was ground zero in educating the many young Baptists among us who were restless and Reformed.

The YRR world was a happy place then, but all these years later, that joyful place seems long ago and far away.

What happened? We were young but grew older. No problem there. Presumably, we matured with age. At 55, I’m not sure I am covered under the “young” or “restless” part since I was 30 when I first embraced Reformed theology. We were Reformed and many of us still are. I have been a Baptist all my life; doctrinally, I have been committed to the Second London Confession since around the year 2000 with my knowledge of God’s Word and theology deepening and widening as I’ve studied, preached, and taught through the years. Many of my friends have maintained the same generally Reformed commitments for many years now without wavering.

The fly in the ointment for the YRR movement, I think, is that some remain restless, by which I mean, for some, confessional Reformed Theology by itself eventually lost its luster.

A while back, one friend who had great zeal for the doctrines of grace twenty years ago said he’d developed a new motto: “Question everything. Even the Bible. Even theology.” For him, the restlessness of soul never subsided. Today he is more concerned about racial reconciliation in the church and removing barriers that would prohibit the LGBTQ community from attending worship in the local church and similar matters. He calls those gospel issues. I disagree.

Before I address a few concerns, I want to give thanks for some of the strengths that remain mostly across the board among the majority of my friends who are not so young any more, but remain committed to Reformed doctrine in either its baptistic or paedobaptistic expression.

1. A Commitment to Primacy of Preaching.

When the tulip of Calvinism began to bloom again across evangelical pastures, the preaching of God’s Word had lost its priority in many pulpits. The late-twentieth century situation was similar to that faced by the early reformers. Over the past thirty or so years, preaching has re-emerged in revitalized churches and in church plants as the central act of Christian worship.

2. A Commitment to the Priority of (Christ-Centered) Expositional Preaching.

When I first embraced the doctrines of grace it would have been hard to imagine that there would someday be 10,000 saints who would gather for several days to hear Deuteronomy or Galatians preached expositionally. Yet, there have been conferences that do this very thing, and have been doing so for decades.

Scores of seminaries and Bible colleges are training pastors and future pastors to preach verse-by-verse, book-by-book through the Bible in the fashion of ministry heroes like John MacArthur or Martyn Lloyd-Jones. Parachurch ministries such as the Simeon Trust, OnePassion, and many others exist to promote expository preaching. And consistent with the reformers, much of the expositional preaching arises out of a properly Christ-centered hermeneutic. The best preachers still preach the imperatives, but they are snugly lashed to Jesus Christ and the gospel.

3. A Commitment to Sound Doctrine.

Reformed Systematic theologies such as that of Wayne Grudem, the multi-volume work of Joel Beeke and Paul Smalley, the republishing of Reformed Dogmatics by Herman Bavinck and many, many others bear witness to the thirst for sound doctrine among the YRR generation. Books such as Sproul’s The Holiness of God and many Puritan reprints by Banner of Truth and others have shaped the doctrine of this generation.

A sub-category of this is a commitment to reading serious works of theology. New books flow forth in a continual stream from solid publishers such as Crossway, P&R, Reformation Heritage, Reformation Trust, Banner of Truth among many others. This has been a tremendous blessing to us all.

4. A Commitment to Communicating the Doctrines of Grace Graciously.

John Calvin (who I think would be scandalized by an “ism” bearing his name) has unjustly gained a reputation in some evangelical corners as a theological despot. He “invented” predestination and election, they seem to think, as if Scripture is utterly mute on these matters. To the modern expressive individualist, Calvin’s theology can seem about as kind as an armed robbery, so tone is at a premium when teaching these great doctrines.

One of the great strengths I’ve observed in many modern Reformed ministries, particularly in John Piper with his emphasis on joy and satisfaction in Christ and in R. C. Sproul’s with his exuberant teaching ministry, is what I like to call compassionate Calvinism. Many of my professors, pastor friends, and many of my living ministry heroes are joyful Calvinists, and their preaching, teaching, and writing reflect reverence, joy, and grace.

For all these reasons, I give thanks and celebrate the work of grace accomplished by our sovereign God over the last two decades. And yet, there is more to be said. And in part 2, I will consider some of the restlessness that remains in those who were once Young, Reformed, and Restless. 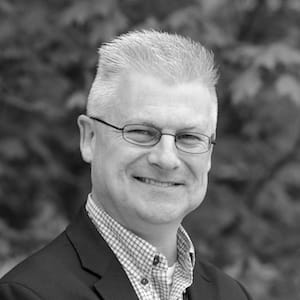 Jeff Robinson (M.Div. and Ph.D., SBTS) is director of news and information at Southern Seminary. He is pastor of Christ Fellowship Baptist Church in Louisville, served as senior editor for The Gospel Coalition for six years, and is also adjunct professor of church history and senior research and teaching associate for the Andrew Fuller Center at SBTS. He is co-author with Michael A. G. Haykin of To the Ends of the Earth: Calvin’s Missional Vision and Legacy (Crossway, 2014) and co-editor with D. A. Carson of Coming Home: Essays on the New Heaven and New Earth (Crossway). He is author of Taming the Tongue: How the Gospel Transforms Our Talk. Jeff and his wife, Lisa, have four children.